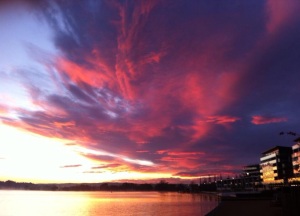 Following on from Capital contrasts – Part 1, since returning home from a month-long holiday in Japan, I’ve been thinking about the differences I’ve noticed between life in Australia’s capital, Canberra, and Japan’s capital, Tokyo. These differences are by no means definitive, nor supported by any evidence other than my own observations as a resident of one city, and as a visitor to the other.

Street art and graffiti: One of the first things I saw on arriving home in Canberra was this fantastic paste-up of Bill Murray at my local shops. I’ve done a few posts on street art around my local area and I was looking forward to being able to also feature some from around Tokyo while I was there. Trouble was, it was virtually impossible to find. Generally, areas that you would expect to find street art and graffiti (such as along railway lines, in the back streets of shopping areas and under bridges) were bare. Pristine even. This is not to say it doesn’t exist, but I did observe that street art isn’t as common (or easy to find) in Tokyo as Canberra.

I’ve written previously about lower rates of crime and more respect for others’ property in my post on Tokyo’s Flowerpot Gardens. This is, of course, a good thing, but to be honest, I missed those moments of surprise and whimsy that can come with discovering a hidden piece of street art. The one piece I found while running in Yoyogi Park looks like a commissioned work, but it was a rare moment of colour in an otherwise drab urban landscape.

Attitudes to alcohol: There’s a lot of public concern about consumption of alcohol in Australia and its links to violence, how it affects health, when and where it’s available and how it’s advertised. Being unable to understand the media in Japan, I can’t give any real insights into the cultural context and commentary on drinking in Japan. I can say, though, that the concerns of Australia have certainly not been acted on in the same way in Japan. In stark contrast to Australia’s cautious control of supply and unwillingness to encourage its enjoyment, all-you-can drink packages in restaurants and bars are quite normal, popular and incredibly good value in Tokyo. 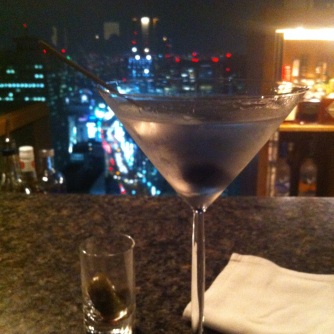 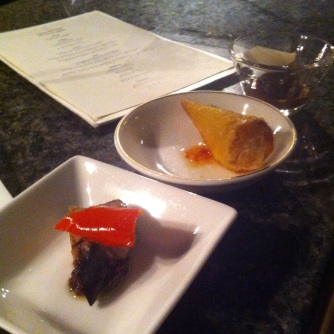 We took advantage of a couple of said deals on different nights out and had a fantastic time without getting silly. Well, perhaps things did get a little silly on our night out at the Park Hyatt Hotel taking advantage of the Peak Bar’s Twilight Time deal, but…cocktails. Cocktails. And, contrary to Australian fears, no-one got hurt.

Spirituality: Our little apartment (room) in Tokyo was next to the Yushima Tenjin Shrine and overlooked a small Buddhist temple. From early in the morning we could hear drumming from the shrine, and throughout the day people coming and going and ringing the temple bell as they took a small moment out of their daily lives for contemplation. At home in Canberra we live near an Anglican and a Catholic church. On Wednesday evenings and on Sundays we hear their bells ring, calling people to worship. 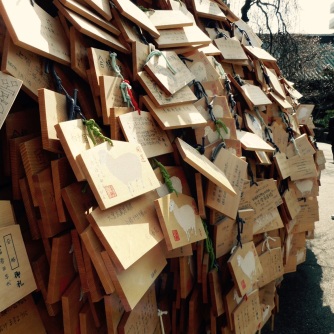 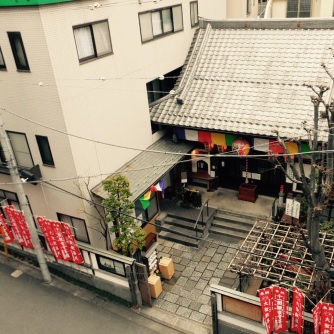 What’s struck me about this is that in Tokyo the shrine and temple buildings we were next to were small, built largely for solitary and frequent use. In Australia, our ‘local’ churches have been built for mass worship and infrequent use. It seems at odds with the relative populations of each place, but is perhaps indicative of the different roles that spirituality plays in each culture’s lives.

Please read more about my time in Japan. If you’ve been to Japan, I’d love to hear about the differences you’ve noticed (good and bad) between there and your home country in the comments below.